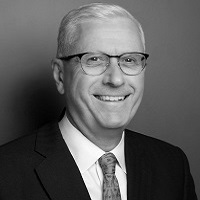 Jonathan is a banker by training and a senior executive with experience in corporate finance advisory work, lending, capital markets, and relationship management and investment management – mainly in emerging markets. He worked for more than 14 years with The Olayan Group, where he last served as Chief Executive Officer of Olayan Financing Company. He joined Olayan in 2007 as Head of Investments and became the CEO in 2019. He also previously served as President of the Industrial Division from 2010 to 2016.  Jonathan retired in April 2021 and he remains as a Member of the Board and Executive Committee of OSHCO and joined OFC ExCom in May 2021.

He started started his career with JP Morgan. Jonathan then returned to London after seventeen years with JP Morgan to join Chase Manhattan Bank as Head of Investment Banking for oil and gas companies in Europe, the Middle East and Africa. He was a Partner at Ernst and Young from 2001 to 2005.

He holds a BA (Hons) degree in history from Cambridge University.