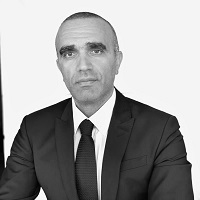 Alain has had a long and successful career both as a banker and as a CFO.  As a banker, he was the Head of Large Corporates for Saudi British Bank (

); he later held the Group CFO role for a large contracting company in the Kingdom.

Alain has a Masters in Banking & Finance as well as a DEA in Business Management from Saint Joseph University – Lebanon; as well as a Diploma in Financial Analysis from Citibank; along with several other diplomas received throughout his career with SABB.

We use cookies to ensure that we give you the best experience on our website. If you continue to use this site we will assume that you are happy with it.Ok