Have we reached the end of the road for ex-patriates in the GCC? 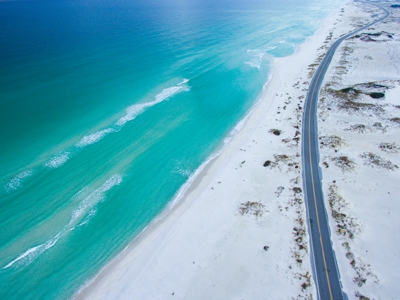 I am frequently asked this question, is it the end of the road for ex-patriates in the GCC?

Given what is being written about ex-patriates and the economies of the GCC at the moment it is an entirely legitimate question – these articles by Simeon Kerr of the FT and Sarah Townsend of Arabian Business give a good overview of the issues. But the answer is not straightforward.

In some cases the answer is a resounding ‘yes’, it is the end for ex-patriates. But overall the picture is more complex and more dynamic than one might think.

The three cultural ex-patriate clusters of the GCC

To give an accurate answer I think we need to break the ex-patriate community down by region of origin and by what is going on in specific GCC countries. For example the experience of ex-patriate professionals is very different in the UAE to what it is in KSA.

What is happening to these three clusters is very different.

Twenty years ago the majority of senior talent that I used to recruit for the GCC was Western. It made sense then. And I think many ex-patriates did a great job in helping the local economies develop. Dubai is a great example of this. And yet today as a recruiter of senior level talent I rarely have a Westerner on one of my short lists.

Where are the jobs of the future for GCC ex-patriates?

There is now an abundance of regionally produced talent that can do the jobs better than Westerners – for reasons of language and cultural affinity.  I think this is healthy. It shows in particular the success of multinationals in shaping a whole generation of regional talent. In particular I would point to the very positive contribution to the development of human capital in the region made by companies such as HSBC, Procter & Gamble, Unilever, Nestle, Mars and Pepsico – to name but a few.

Having said this there are still key industries such as commercial banking where there is likely to be reliance on Westerners in key functions for the foreseeable future.  There are also emerging activities such as Digital Marketing and Digital Technology where the talent will for a short period of time (5 years?) still need to be imported, particularly from the West.

My guess is that regional talent from outside of the GCC – most notably those from Lebanon, Jordan, the Palestinian Diaspora and Egypt will continue to play a critical role in the economies of the GCC.

However opportunities will be less. Partly because of economic tightening, societal changes and the simple fact that they are outpricing themselves.

What I have seen over the past 18 months is a significant number of Lebanese CEOs, CHROS and CFOs lose their jobs because of the tightening economy and not able to find new jobs because their salary expectations are too high and the job opportunities are too scarce. In Saudi Arabia whole layers of jobs that were traditionally held by non GCC regional talent are now being replaced by Saudi Nationals. Which, objectively, is the right thing for Saudi Arabia.

But I have also noticed that in some cases – particularly, as it happens, with CFOs – that regional non GCC talent is starting to price itself out of the market.  For example it is often much better – in terms of cost and performance- for a GCC employer to recruit a CFO directly from Italy than it is to recruit a Lebanese, Palestinian, Egyptian or Jordanian because of outsized compensation and benefits expectations.

The Asian professional class is one to which we all owe a debt. In the last twenty years I have seen time and time again the quiet dedication of those from the Indian subcontinent. I know how many organizations function because of the administrative backbone that professionals from India and Pakistan provide. All the signs are that they will continue to prosper and undoubtedly will find greater opportunities at the expense of more expensive ex-patriates. That said the challenge will be for greater numbers of them to break in to leadership roles where they are responsible for different nationalities. It is happening but I think there is still considerable room for growth. For this to happen they will need to develop universal communication skills and universal emotional intelligence and greater cross-cultural assertiveness.

This Forbes list of 50 Indians in leadership positions in multi-nationals and Arab companies shows it can be done.

The expat dream is over for those who are ‘superior’

So have we reached the end of the road for ex-patriates? The age of expats is over for those who come believing in their own innate superiority and the dream of the ‘expat’ lifestyle.  It is over as a significant factor in Saudi Arabia. It will however continue in the UAE for those who genuinely have something to contribute. Going forwards the recruitment of ex-patriates will be more selective and value focused.

One age closes. Another dawns – how do you see that new dawn?

2 responses to “Have we reached the end of the road for ex-patriates in the GCC?”